A downloadable game for Windows

Nojong is an arcade mashup of Tetris and Mahjong that brings a new twist to falling block puzzlers: the ability to freely swap blocks between the field and a supply of 9 blocks in your hand.

Blocks left in your hand are scored for color and symmetry, so strategically curating your hand is just as important as making skillful clears!

I played nojong with my mom for like an hour recently lol. It was a weird way to bond but thanks for that

Challenge the leaderboard in 1-Player mode or challenge a friend in 2-Player head-to-head mode. Parsec is recommended for playing local-multiplayer remotely: https://parsec.app/

A gamepad is required to play Nojong. Any Xbox or Playstation controller should do.

If you like my work, consider joining my Discord Server: https://discordapp.com/invite/B7RpMkm

Get the soundtrack on Anton's Bandcamp!

Ok let me help you with controller dilemma. We normally use the cursor keys (arrows) and Z/X/C in place of A/B/C buttons on controller. It's identical, there are no keyboard issues, I'll help resolve any user experience if you need.

Hope to play it on the keyboard otherwise this would be the "strangest" decision I've seen - controller game on PC, while PC doesn't support controllers that well, or 90% of us simply don't have a controller! I gave mine away recently so now I'm stuck

Thanks, but it's not so simple as to just choose what keys to map. I already know how I'd map it, it's just that implementation will take some time, and I don't have a lot of free time right now. I'll try to take a look within the next few weeks.

You are right, analog controls are hard to do well, even the big brands screw it up all the time and I had to switch to using keyboard cursors while controller refused to change menu items. I can take a look at the code if you get stuck

I do like this game personally, but I think the lack of keyboard compatibility is very alienating, even if 3rd-party controllers these days don't go for very high prices. I did see the dev's comment about how the game felt "terrible" to play on keyboard, but I still think the option to play with a keyboard OR controller would be nice.

The simple answer, which will sound pretty stupid, is that I decided early on that this would be a free game and so I felt ok only supporting the preferable control scheme. Normally supporting both is trivial, but for this game I put a good bit of work into the cool analog menu system, which I programmed  for analog stick input only. I could theoretically make it work for keyboard, it just wouldn't be as quick a task as it would for other games where analog input & keyboard input are effectively the same.

I should really take a second look at the code though and see how much effort it would be to get keyboard working. I'll have a look in the next few weeks when I have some free time. If I release an update, I'll make a post about it so everyone knows. No promises though.

For any wondering, this game runs falwlessly on linux using proton

yay! i'm glad that the versus mode is getting used :)

is there a keyboard mode?

There's not, sorry. It was designed for controllers and just felt terrible to play on keyboard.

That’s a shame, this looks really interesting but unfortunately I don’t have a gamepad to try. Not questioning you at all, but having not been able to play it I’d be intrigued to know what was so bad about keyboard controls; I couldn’t really tell from the trailer what wouldn’t work. 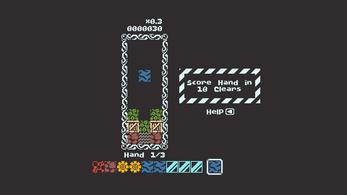 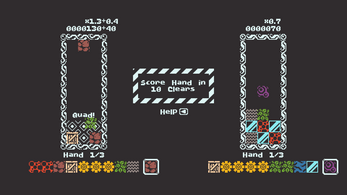 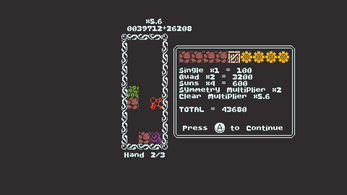 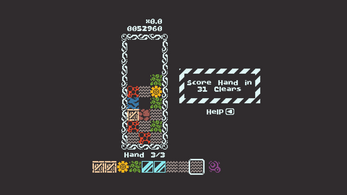